Farhaad is an avid cyclist, marathoner and triathlon racer. His interest in cycling first developed when he decided to take up cycling so that he could join the Ride for World Health with a group of medical students raising money for charitable causes across the globe in 2009. From there, he took up an interest in long-distance running.

In 2022, Farhaad plans to run the Chicago Marathon in addition to racing several shorter triathlons. 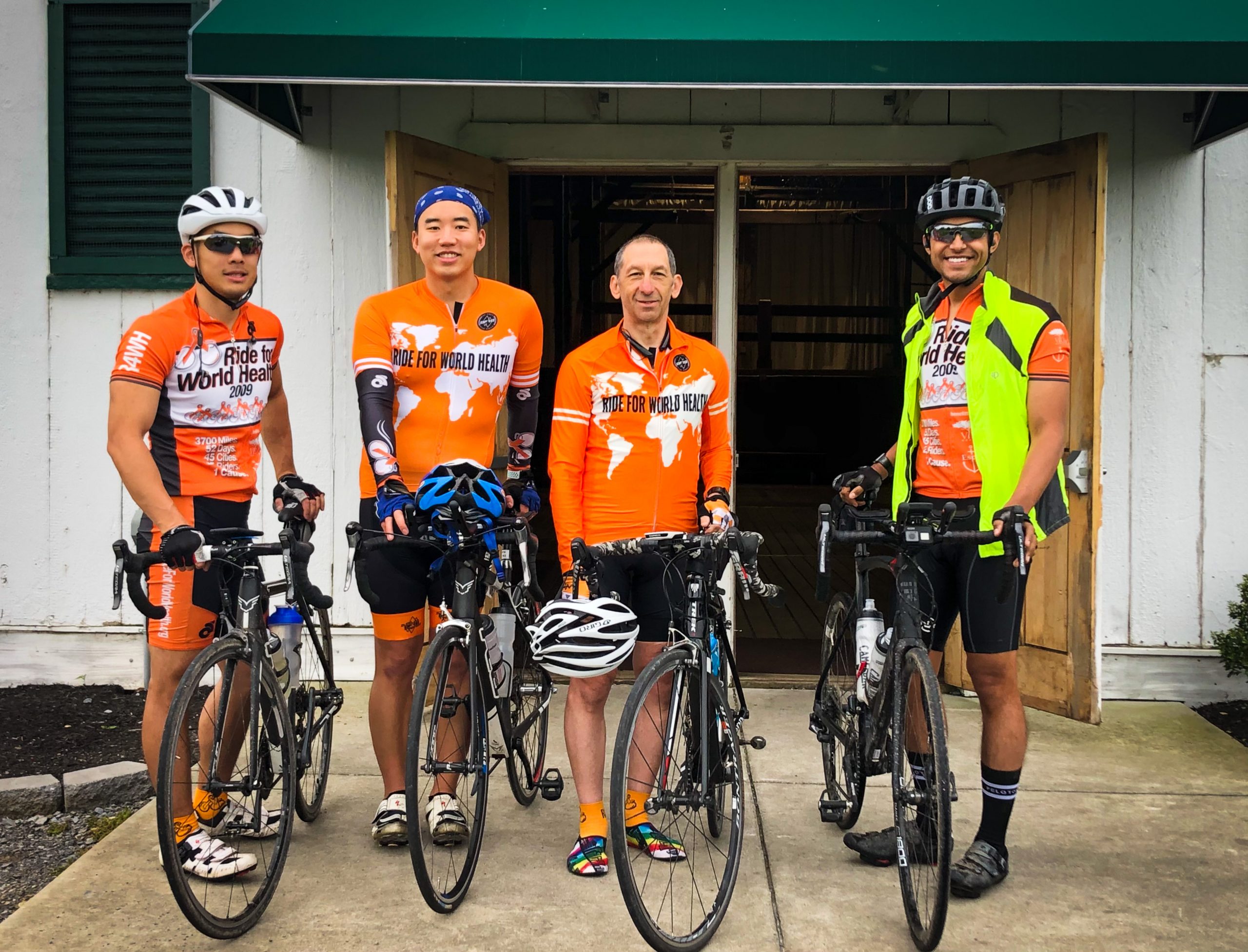 Dan Kim, Jesson Yeh, Steve Klein and Farhaad Riyaz joined the 2019 Ride for World Health on the 10-year anniversary of their 2009 Ride.